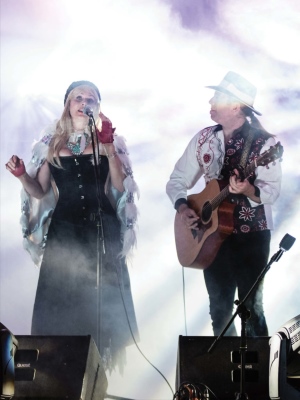 Rumours from a True Story

Rumours – a mixture of truth and gossip, passed along the grapevine and also the name of one of the best selling rock albums of all times. Fleetwood Mac have been innovators in music for more than 5 decades. Despite perpetual conflict and troubled personal lives, the band continued to inspire generations.

A snapshot into the internal turmoil and legacy which created this legendary super group. ‘Sex, Drugs & Fleetwood Mac’ is an edgy, rock cabaret that focuses on the Buckingham / Nicks era of Fleetwood Mac.

With live music performed by Sweetwood – one of Australia’s premiere Fleetwood Mac tribute acts, this is a show you won’t want to miss!