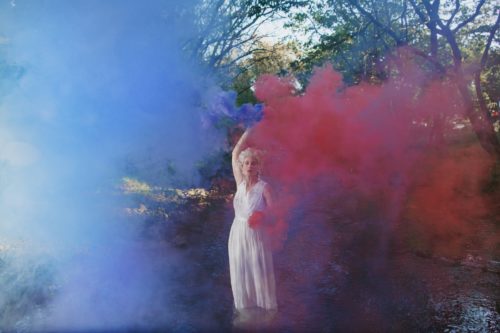 I was born to be a queen. It wasn’t my choosing, I was born into it.

Marie Antoinette, the Queen of France, is only concerned with her macarons and lapdogs. But when the people who have raised her up are suddenly the first to bring her down, Marie is forced to deal with what lies beyond the façade. Historical events from almost 300 years ago are made shockingly relevant as the “It Girl” of Versailles finds herself the centre of a revolution.

From the light and breezy banter at the palace to the surging chants of “Liberté, Egalité, Fraternité!” in the streets, Marie Antoinette holds a mirror up to our contemporary society that might just be entertaining itself to death.

Heartstring Theatre is a Melbourne-based theatre company formed in 2016, launching with a Green Room Award nominated all female season of Shakespeare’s Coriolanus. They endeavour to create dynamic, thought-provoking theatre, interpreting both classical and new work. The company also strive to address the shortage of great and interesting roles for women by producing plays where at least half of the roles are female.

Serving up Melbourne audiences David Adjmi’s much lauded theatrical sweetmeat, Heartstring Theatre’s latest offering is not to be missed.