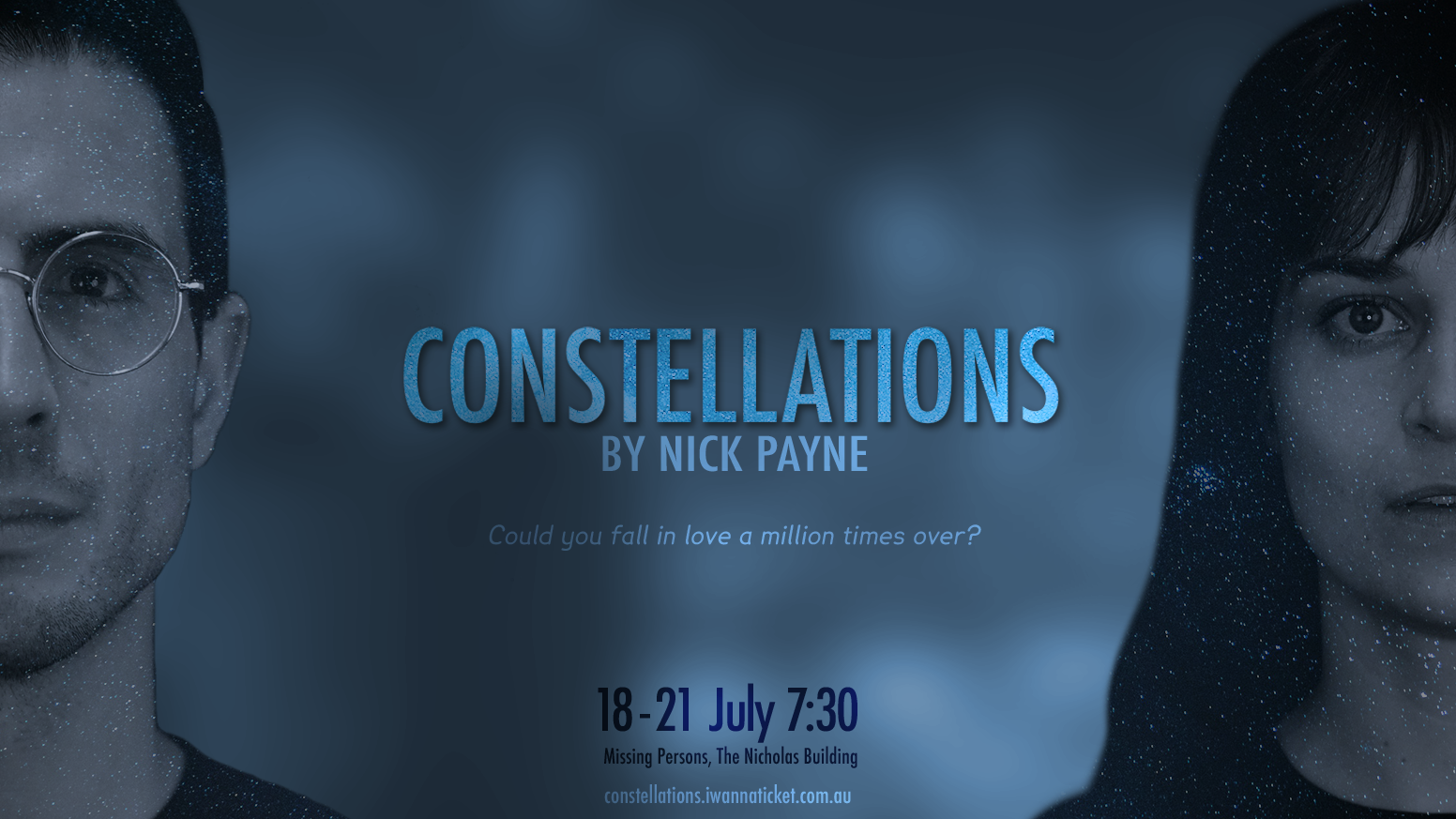 Constellations is a play about quantum physics, love…and honey

Marianne, a physicist, and Roland, a beekeeper, meet at a party and go for a drink, or perhaps they don’t. Having fallen madly in love, they begin a relationship that eventually veers off course. A chance encounter brings them back together, or maybe it reveals that Marianne is now engaged to someone else and that’s that. Or it might be Roland who’s engaged. Maybe Marianne and Roland will be together forever, or maybe their time will be tragically short. Nick Payne’s Constellations is a play about free will and friendship; it’s also about quantum multiverse theory, love, and honey.
_______________