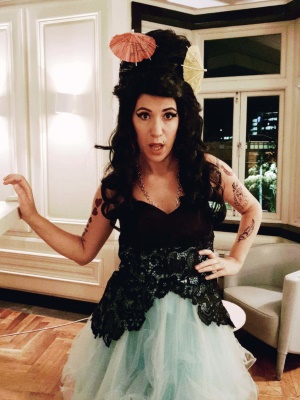 After the news arrives that her idol Tony Bennett would give anything to record with her again, Amy Winehouse finds her way back from wherever it is she went after her untimely death in 2011. She’s ripe for a comeback, even if it’s from the dead.

Expect the beehive, the foul-mouth and all of Amy’s hits, including some you may never have heard before.