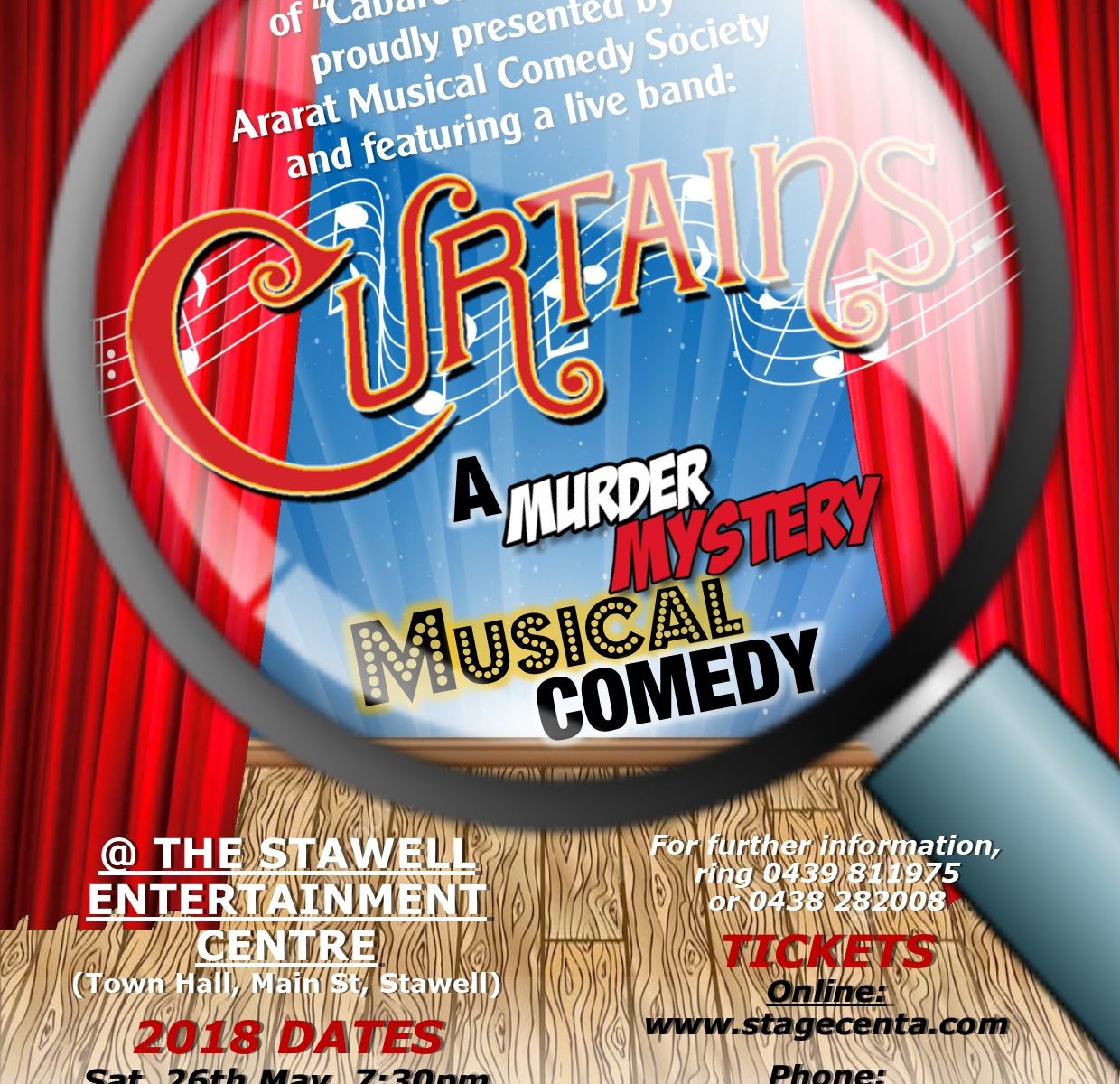 Curtains is a musical mystery comedy with a book by Rupert Holmes, lyrics by Fred Ebb, and music by John Kander, with additional lyrics by Kander and Holmes.
Based on the original book and concept by Peter Stone, the musical is a send-up of backstage murder mystery plots, set in 1959 Boston, Massachusetts and follows the fallout when Jessica Cranshaw, the supremely untalented star of Robbin’ Hood of the Old West is murdered during her opening night curtain call. It is up to Lt. Frank Cioffi, a police detective who moonlights as a musical theater fan to save the show, solve the case, and maybe even find love before the show reopens, without getting killed himself. Cioffi also dreams of being in musical theater.