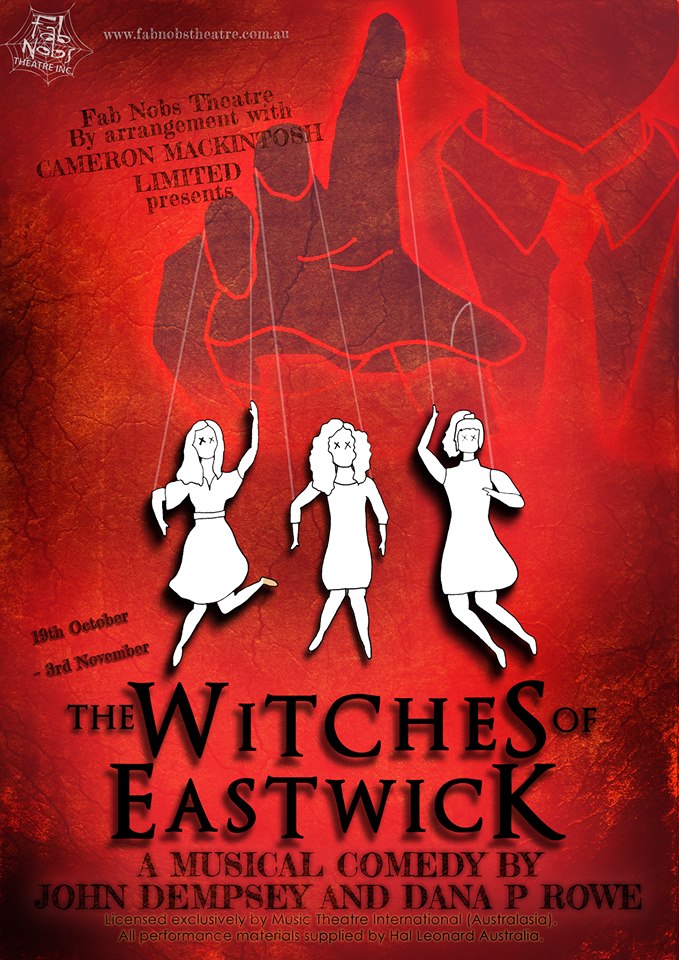 The Witches Of Eastwick

An event every week that begins at 8:00 pm on Thursday, Friday and Saturday, repeating until November 3, 2018

The Witches of Eastwick is a 2000 musical based on the novel of the same name by John Updike. It was adapted by John Dempsey (lyrics and book) and Dana P. Rowe (music), directed by Eric Schaeffer, and produced by Cameron Mackintosh.

The story is based around three female protagonists, the ‘Witches’ Alexandra Spofford, Jane Smart, and Sukie Rougemont. Frustrated and bored by their mundane lives in the town of Eastwick, a shared longing and desire for “all manner of man in one man” comes to life in the form of a charismatic stranger, a devil-like character, Darryl Van Horne. Seducing each of the women in turn Darryl teaches them how to further expand the powers locked within, though their new unorthodox lifestyle scandalizes the town. As these powers become more sinister and events spiral out of control, the women come to realise that Darryl’s influence is corrupting everyone he comes into contact with and resolve to use their new-found strength to exile him from their lives.