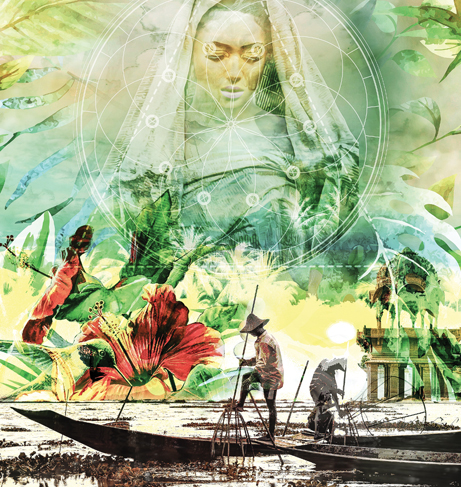 Old friends Zurga and Nadir are reunited and vow to never again let love for a woman threaten their brotherhood. When a mysterious priestess arrives in the fishing village, their bonds of friendship are tested.

Exoticism was all the rage in 19th century Europe. Bizet tapped into this trend, transporting his audiences to the island of Ceylon. This opera established his reputation in the Parisian music world at only 24. Ten years later would come Carmen.

The famous ‘The Pearl Fishers’ Duet’ (‘Au fond du temple saint’) is one of opera’s greatest hits. It was even used in the film Gallipoli. But there’s more to this opera. A treasure trove of music and lyricism awaits to be uncovered.

Pack your picnic and dive into a soul-stirring night in the tropics.