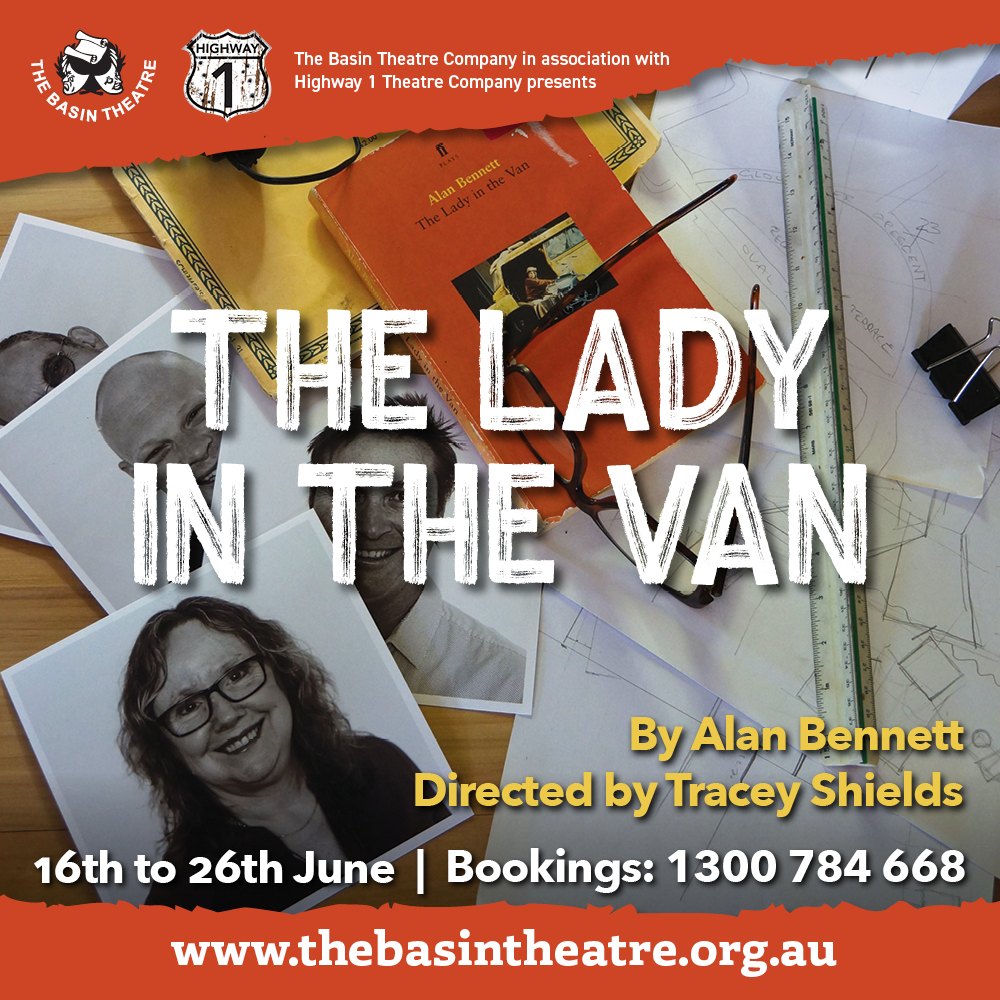 The Lady In the Van

An event every week that begins at 8:00 pm on Thursday, Friday and Saturday, repeating until June 26, 2022

The Lady in the Van tells the true story of Alan Bennett’s somewhat strained friendship with Miss Mary Shepherd, a crabby, eccentric, and somewhat smelly homeless woman whom Bennett befriended in the 1970s.  He allowed her to park her Bedford van in the driveway of his Camden home “for three months” – she ended up residing there for 15 years.

As the story develops, Bennett learns Miss Shepherd’s true identity: Margaret Fairchild, and about her unfortunate past.

Highway 1 Theatre Company is very excited to join forces with The Basin Theatre Company, to present one of Alan Bennett’s most well-loved texts, before embarking on a regional tour.

By Arrangement with ORiGiNTM Theatrical On Behalf of Samuel French: A Concord Theatricals Company