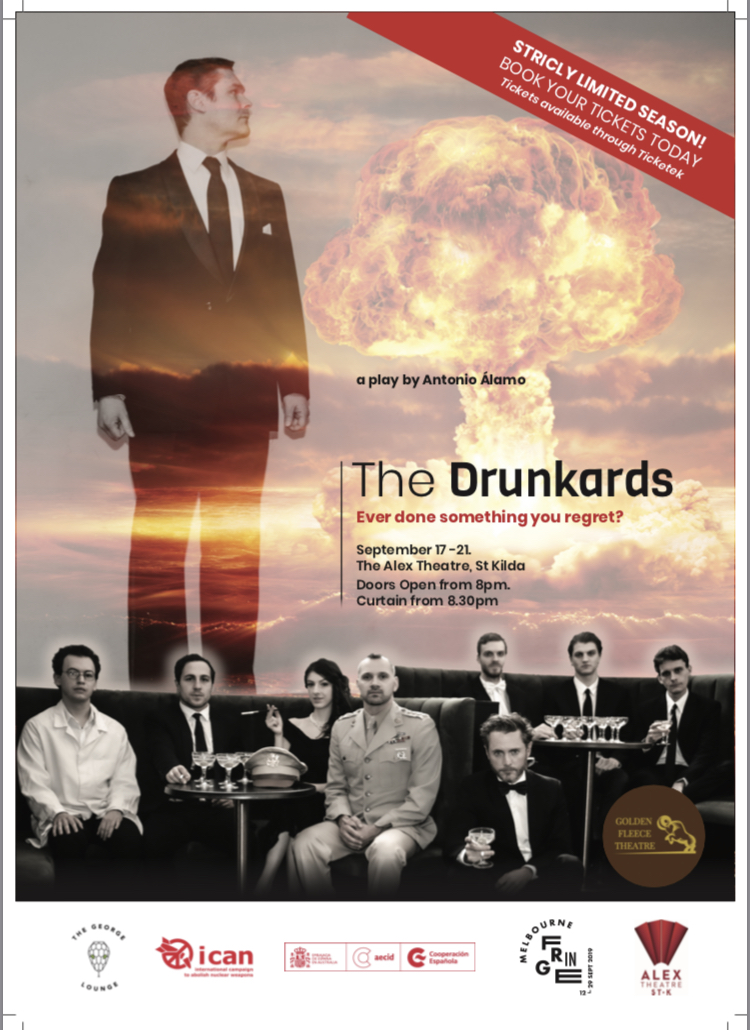 An event every week that begins at 8:30 pm on Tuesday, Wednesday, Thursday, Friday and Saturday, repeating until September 20, 2019

Golden Fleece Theatre is proud to present the Australian premiere, and first English-language version ever, of “The Drunkards” by award-winning Spanish playwright and novelist Antonio Álamo. Set in the La Fonda Hotel of Santa Fe, New Mexico, on the night of 6 August 1945, “The Drunkards” recreates a night of celebrations following the launch of the first non-experimental atomic bomb on Hiroshima. As the night progresses, over countless martinis J. Robert Oppenheimer and his team of scientists involved in the Manhattan Project try and come to terms with the consequences of their actions. Did they just do what had to be done? Or did they abuse the power of science and change humanity for ever?