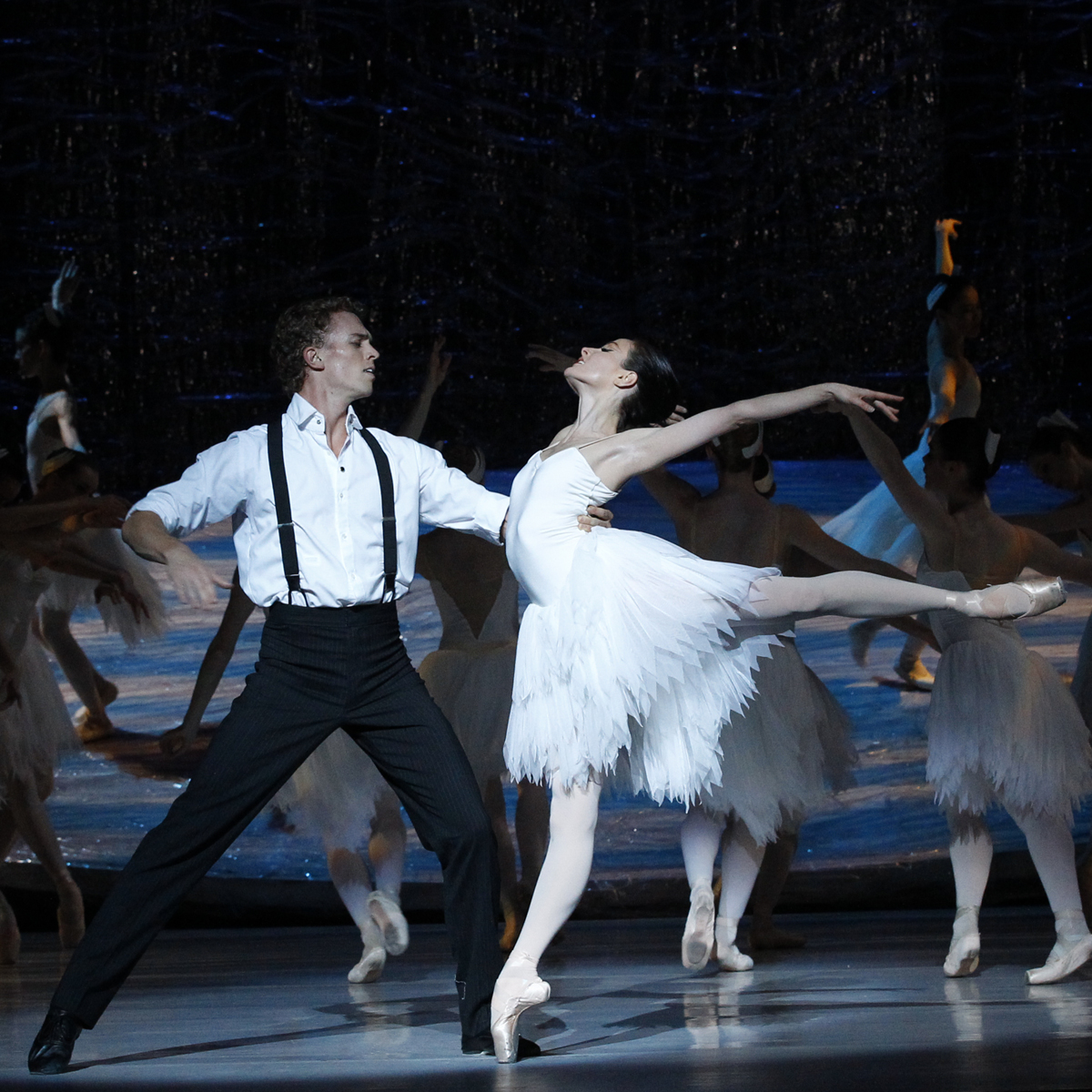 Graeme Murphy’s modern-day classic is a Swan Lake for the 21st century, charged with sensuality and heartbreak. The Australian Ballet’s most performed and most successful work has swept the world before it, reaping standing ovations and storms of tears in London, Paris, Tokyo and New York.

The romance of Princess Odette and Prince Siegfried is updated (and complicated) to a contemporary love triangle with the addition of the Baroness von Rothbart, a slinky mistress who has no intention of releasing her freshly married lover. Murphy’s breathtaking pas de deux and massed swans are framed by legendary designer Kristian Fredrikson’s darkly sparkling lake, contrasted with the glittering magnificence of regal weddings and ballrooms. This is Swan Lake as you’ve never seen it before.

Starring Madeleine Eastoe as Odette, Robert Curran as Siegfried and Danielle Rowe as the Baroness von Rothbart, this production was filmed at the Sydney Opera House in 2008 with the Australian Opera and Ballet Orchestra.