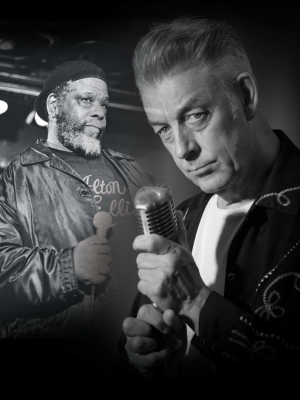 An event every week that begins at 6:30 pm on Thursday, Friday and Saturday, repeating until June 22, 2019

At the time there were no labels that would record and promote black music to the general white American public. Sam did so with great enthusiasm and he soon realised that if he could find a white boy that could sing the blues it would open doors for Sun Records and make him rich. Enter Elvis Presley, Carl Perkins, Roy Orbison, Jerry Lee Lewis and Johnny Cash, taking the black man’s blues to white kids.

Performed by an all-star Melbourne blues band, this show will be tremendous entertainment showcasing songs from the black and white artists who recorded with Sun. Louis King is from Melbourne and tours to Europe regularly with his trio. Pat Powell is from Sydney and tours the USA, Canada and Europe also. Each has a love of the music from the Sun Records era and they have joined forces to put this show together.