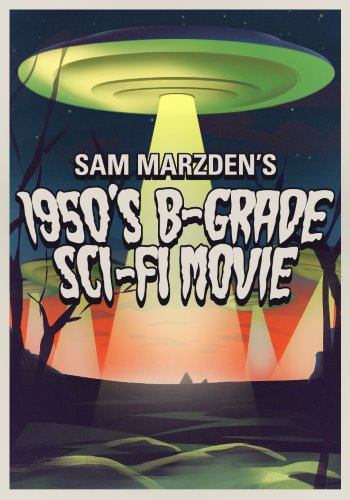 An event every week that begins at 8:30 pm on Monday, Tuesday, Wednesday, Thursday, Friday and Saturday, repeating until September 23, 2017

Travel back to a time when the threat of global nuclear annihilation was actually kinda fun! Sam Marzden (star and writer of Radio Variety Hour and current darling of the Melbourne Am-Dram musical theatre world) presents for you his original, one-man epic Sci-Fi block buster, live on stage in incredible 3D! It has aliens, lost worlds, explosions, sexy robots and rock’n’roll. But he’s saved a hundred million dollars by not wasting money on special effects, actors, locations or cameras. Gasp! at the dozens of different but suspiciously similar characters. Shudder! at the total lack of production values. Recoil! at the casual racism and sexism of an era that has invoked a surprising amount of nostalgia. Forgive! the limitations this medium has. Sam, along with director Matthew Hadgraft, make Ed Wood look like JJ Abrams.