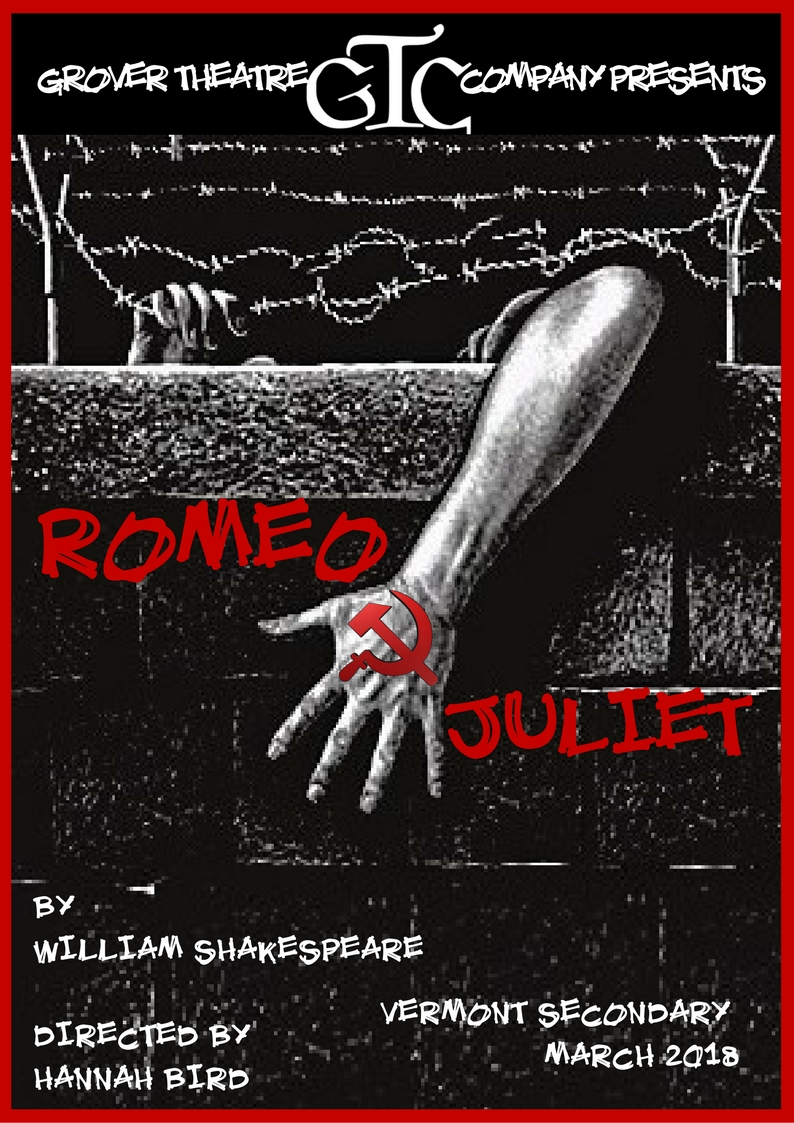 An event every week that begins at 8:00 pm on Wednesday, Thursday, Friday and Saturday, repeating until March 17, 2018

Grover Theatre Company is thrilled to present it’s first play for 2018, a wonderful re imagining of Shakespeare’s Romeo and Juliet.

SYNOPSIS:
The year is 1961.
The Cold War continues to rage throughout Europe, and the clash of culture and politics are now causing tensions within the divided city of Berlin. Within this divided city, the separation of East and West has materialised through the building of the Berlin Wall. On the East side of the Wall, known in code as “Verona”, the old Russian family of Montague rule and defend their tradition. On the West of the Wall lie the British Capulets, who relish in the glow of Western culture. These two rival families have fought viciously in defense of their own beliefs, and the Wall is seen as a literal enemy line. As a new generation takes hold of power within the city, the offspring of these two families begin their futures as their parents have planned, and hope that they do not cross each other’s paths.
Until now.

This show contains violence and sexual themes and is not suitable for children.