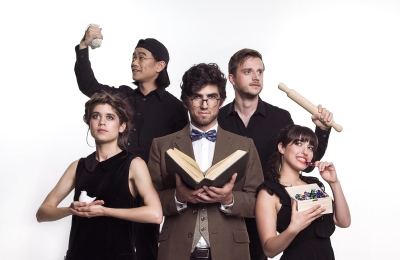 An event every week that begins at 8:30 pm on Tuesday, Wednesday, Thursday, Friday and Saturday, repeating until February 24, 2018

Get ready to go INTO THE WOODS with BottledSnail!
BottledSnail Productions is thrilled to present its major production for 2018: the Tony Award-winning musical by Stephen Sondheim and James Lapine, Into the Woods.

This fun, witty and ultimately very moving musical weaves together the stories of a number of well known fairy tale characters, who – along with a poor baker and his wife – venture into the woods in pursuit of their wishes. They quickly learn, however, that the means used to achieve their dreams can have lasting consequences.

BottledSnail Productions is a Not for Profit production company run by, and for, Melbourne’s legal community. Our aim is to carve out a space for creativity, community, and fun in the busy lives of Melbourne’s legal professionals and help to fight the epidemic of depression and anxiety in the industry. For further information, please visit www.bottledsnail.com.