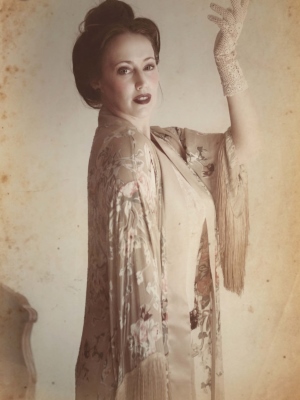 Spicy songs & taboo tunes are not exclusive to the ‘noughties’.

Lyrics have been teasing listeners’ ears for years. Granted, the sass wasn’t on the surface as it is today, but that’s part of what made it even better.

Award winning, international jazz chanteuse, Fem Belling, brings to life the rare and racy songs of the early decades. With the churning whirr of Jake Mason (Cooking On 3 Burners) at the organ and Fem’s breathtaking vocal prowess, this show opens a door to a truth of music deeply rooted in human history often neglected on the jukebox. Fem will fire up songs that weren’t afraid of speaking out about the birds and the bees during a time where dudes could be prudes but women couldn’t spit their venom.